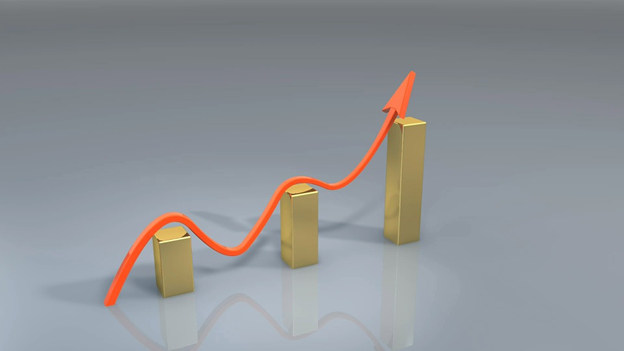 The housing market is always difficult to predict, with so many factors affecting prices and people’s opinions. With the election results still fresh in people’s minds and the upcoming Trump presidency, many are wondering whether home values will rise or fall in 2017. More specifically, they are wondering how Trump himself will affect the housing market. Will the President-elect’s vast knowledge of real-estate be a boon for the market, or will his policies and lack of political experience bring values down?

Historically, we’re looking at a situation in which uncertainty may cause home values to go down overall. In “Election Years Are Bad for Home Prices,” David Cross says that home values will rise less quickly; “The year before an election home prices rose by 6 percent. During the election year home prices rose by 4.5 percent. After the election year home prices rose by 5.3 percent.”  This means that homeowners essentially lose money during and after election years. Uncertainty about a new president’s policies can make both sellers and buyers uneasy. Furthermore, in his article “The US Presidential Election Year Cycle Study,” analyst Peter Lee hypothesizes that, in a president’s first year, while voters remain optimistic, “policy makers begin to feel less restrained about introducing new policies and programs, which at times may be restrictive and unpopular with voters. As these new programs, usually involving higher taxes, more spending, and more regulation, are implemented it begins to negatively impact business profits and consumers.”  So while there not be a negative effect immediately noticeable, it’s possible that home values will go down as a result of new policies being implemented.

The stock market may be affected in the same way that the housing market will be. 2016 was Obama’s last year as a two-term President, and in the article “Why Markets tend to fall during a Presidential Election Year,” Bryan Borzykowski states that, “Since 1900, the S&P 500 has, on average, fallen by 1.2 percent in year 8 [of a president’s term], with the market rising only 44 percent of the time. The worst drop was in George W. Bush's last term, in 2008, when the market fell by about 41 percent.”  Borzykowski goes on to say that, during a president’s first year, the S&P 500 only rises about 1.58%. Many factors that affect the housing market can also affect stocks, so it makes since that the drop in home values is mirrored in the S&P 500.

However, many of Trump’s plans may, in fact, help the housing market. In August at a National Association of Home Builders (NAHB) meeting, Trump said, “There’s no industry, other than probably the energy industry, that is more overregulated than the housing industry.” Trump’s desire to lessen government regulations could bring about a positive change in home values. According to NAHB member Paul Emrath, “on average, regulations imposed by government at all levels account for 25.0 percent of the final price of a new single-family home built for sale.”

Reducing the cost of these regulations would help encourage more people to become homeowners. Furthermore, Trump has talked about increasing defense spending, which, according to housing market specialist Kathy Orton of the Washington Post, “would give a boost to local defense contractors” as well as “increase employment and wages [and encourage] household formation.”  By encouraging spending and increasing employment, home values could rise as more people look at purchasing homes.

Not all of Trump’s policies could be beneficial, however. His view on immigration, for instance, could hurt the labor force for construction, said Jonathan Smoke, chief economist at Realtor.com. It is also unclear whether or not Trump will be able to reduce regulations on the housing industry, as many of the regulations occur at the local or state level, or if he will actually increase defense spending. While he may wish to now, his plans may change once he’s actually in office.

Despite what he may or may not do in office, Trump has a history in real estate. According to The Trump Organization, Trump started his business career in his father’s office, and since then, has owned and sold buildings such as the Plaza Hotel, the St. Moritz Hotel, and the land under the Empire State Building.  In the real estate market, his name has become synonymous with wealth. But according to real estate agent Joey Remondino, Trump’s experience with real estate won’t have much of an impact on the market. He says, “People’s perceptions of the usefulness of Trump’s experience in real estate will be an initial positive affect for a strengthening market.  However, long term, the historic driving factors to a strong real estate market are dictated by such complex mechanisms that are ever changing… Trump’s success will be determined by those advisers and leaders he surrounds himself.” As is usually the case, home values will change depending on your location. In Daniel Goldstein’s article, “What Donald Trump’s Election could mean for Home Prices,” Ralph McLaughlin, chief economist of Trulia.com, says, “Home buyers in economically healthy blue states will likely be rattled and more hesitant about the future of the U.S. economy, which will curb their interest in making large investments. In economically stagnant red states, on the other hand, home buyers will likely feel a surge of confidence that could bolster demand.” Knowing your local area will give you a better idea of what may actually happen with home values.

While it may be difficult to predict whether home values will rise or fall in this upcoming year, it looks like home values will be affected positively in the short term due to people’s perceptions of Trump, his plans to deregulate the housing industry and increase defense spending, as well as the historic trend of prices rising very slightly during a president’s first year. It will remain to be seen whether prices stay high or fall. In the end, being aware of the market in your local area will give you the best perception of how housing market values will affect you.