Wells Fargo & Company (NYSE: WFC) is one of the largest financial institutions in the United States, offering bank, insurance, investment, mortgage and diversified lending operations to institutions and individuals. It has over 8,600 retail locations through the United States and internationally. Wells Fargo holds over $1.9 trillion in assets and has over 200,000 employees. As of this writing, it is the third largest bank in terms of assets, and has been listed as the leading retail mortgage lender in the nation.

Among the big bank home mortgage lenders, Wells Fargo Bank represents a huge player. The bank was one of the few institutions that tried to refuse taking federal bailout funds during the 2008 Recession and were practically ordered to do so by the federal government. What is not known by many, however, is that Wells Fargo was bought out by Norwest Bank in 1998. The buying company simply adopted the name for the new, consolidated organization.

As a lender, Wells Fargo services both private individuals as well as business, commercial entities and organizations. The Bank is organized into three different business sections, two of which directly affect lending to consumers.

The first part of the Community Banking arm deals primarily with consumer banking needs, such as checking, savings, CDs, investments, and consumer lending with credit cards and minor, unsecured loans as well as car loans. The second part is one of the major revenue makers for the bank: the mortgage branch. This makes sense, considering they’re the nation’s leading mortgage lender.

In terms of a product portfolio, Wells Fargo offers mortgages in all the major categories ranging from fixed 30-year mortgages to 5-year adjustable rate mortgages as well as jumbo loans for higher-priced neighborhoods and related properties.

Although a number of other banks made the headlines with regards to being exposed to loss of value in mortgage-backed securities, it was Wells Fargo that had the most at stake with the falling real estate market. The company owns one out over every four mortgages in the U.S. as of 2011. Not surprisingly, when the real estate borrowing market blinks, the bank potentially catches the flu as a result.

Wells Fargo has had a number of controversies, however, with regards to mortgage lending. The Bank has realized multiple charges levied against it by the federal government for discriminatory lending as well as overcharging the government for underwriting of mortgage loans. Throughout 2012, the company has been managing, settling or facing multiple federal lawsuits from the U.S. Department of Justice, all centered on the systemic practices of the bank with regards to mortgages created and issued to consumers nationwide. In a number of the cases Wells Fargo management has settled just to close the case and avoid more litigation. Furthermore, it was recently revealed that a number of Wells Fargo employees had opened ghost accounts and applied for credit cards without customer’s consent, among other scandals. As a result, the bank had to pay $185 million in fines, and approximately 5,300 Wells Fargo employees were fired. However, the bank remains steadfast in its claim that the offending parties do not represent Wells Fargo as a whole.

Wells Fargo was among the national banks considered too big to fail, and the Bank received TARP funding from the government during the economic stabilization movement in the beginning of the 2008 Recession. Specifically, the bank received $25 billion. However, Wells Fargo management to this day argues the support was forced on the bank and there was no need. The Bank’s accounting books were solvent and solid during the economic bailout, according to management. Despite the Bank’s protest, its exposure in so many mortgages likely clinched the matter as far as regulators were concerned.

Today, Wells Fargo operates on its own again, having paid back its government assistance a few years ago. It also back into real estate lending at a significant level, anticipating the new swing in the real estate market offers new revenues and profits again. Unlike a number of other banks, Wells Fargo also didn’t have to go through retrenchment or cutbacks. Wells Fargo Bank has kept most of its offices and still continues to aggressively push consumer lending where customers are available. 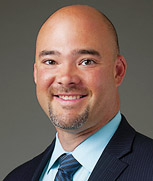