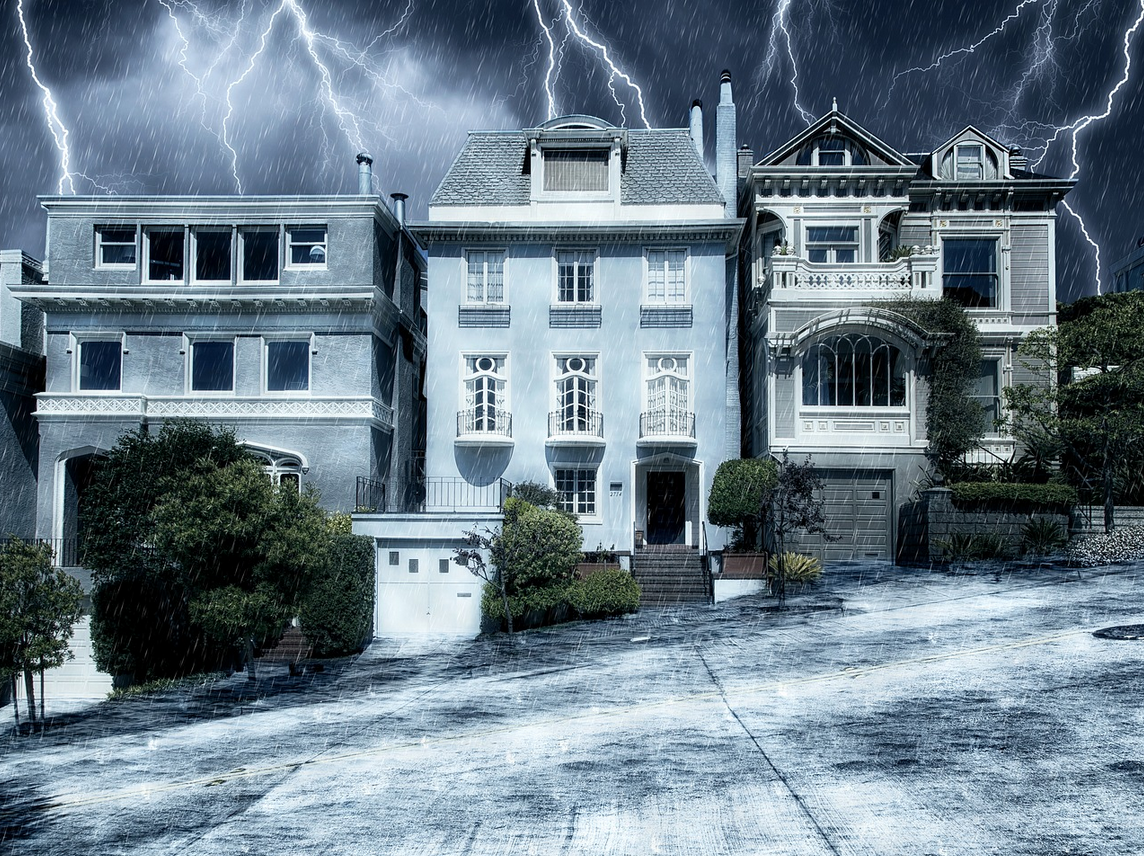 Home purchases often come with compromises – perhaps you accept a longer commute in exchange for more affordable real estate, or you purchase a fixer upper with the expectation that you’ll spend money on repairs. But would you ever buy a house with a stranger already living in it?? One house in Virginia sold for $800,000 with two reported squatters living in the basement, without the homebuyers ever seeing the basement itself. Understandably, the listing has generated dramatic interest online, with responses ranging from humor to disbelief.

House Sold As Is (With People Living In It)

The listing on Zillow starts off immediately by saying “CASH OFFERS ONLY NO ACCESS to see lower level and Home sold AS IS ONLY with acknowledgement that home will convey with a person(s) living in lower level with no lease in place.”

For most homebuyers, this immediately raises all sorts of red flags. Who is this stranger(s) living in the house?? Why can’t you see the basement before you buy?? And any home being sold “as is” definitely has some repairs that need to be made. Yet, the house was sold just four days after being listed for sale. Such is the atmosphere of a seller’s market – buyers are willing to make all sorts of compromises just to get real estate!

We might understand one person being desperate enough to buy this house – stranger attached – but according to Fox 5 news, the listing agent for the property said that they received five offers! Even more shocking, the selling price was even higher than the listing price.

Squatters in a Fixer-Upper

According to one neighbor, a mother and daughter are living in the basement of the home, but it’s unknown how long they’ve lived there or what their relationship to the homeowner is. The New York Post reportedly spoke to the listing agent, who said that the woman living in the basement is a squatter taking advantage of an elderly homeowner. She had worked for him as a housekeeper and when she told the homeowner that she needed a place to stay, he offered his basement. Then she never left and did not pay any rent. The homeowner does not want to deal with a lengthy and complicated squatter eviction process, and simply opted to sell the house.

The house itself is rather large – five bedrooms, four bathrooms, and 3,548 square feet. However, it obviously needs some TLC. Besides the obvious issue of having a squatter, the deck, siding, and paint all need to be redone. The listing says that the windows have “some rot,” the sliding door needs to be replaced, the dishwasher isn’t working, and some of the plumbing leaks.

With all of the above issues (but especially the squatter(s)), it’s obvious to see why the seller was asking for cash only. Cash-only purchases are typically less complicated than purchases funded by a lender, as lenders often have multiple requirements that need to be met before they are willing to fund a mortgage. One issue that could be raised with a tenant that has no lease is the title. The lender could argue that there is no clear title in the case of a squatter with no lease, which would jeopardize a mortgage. By requiring cash-only offers, the seller and buyer can bypass the use of a lender to finance the purchase.

So what are the next steps for the new owners of a house with squatters in it? Squatter’s Rights vary by state, but likely, evicting the squatters will be a lengthy process involving notices and attorneys. It’s likely the seller didn’t want to go through this process themself. Of course, the other option is to accept your new housemate and continue to let them live in that unseen basement!

Commenters on the internet had a field day with this Zillow Listing, providing some of the following gems:

"Wow! What a deal! You mean I get all this — rotting door and window frames, leaky toilets and broken appliances — PLUS the added bonus of a squatter or two in the basement??? Where do I sign???"

“It’s like you’re buying a house and getting a person for free.”

So would you ever buy a house that included another person? Perhaps not a squatter, but becoming a landlord can be a smart investment! (Of course, make sure that any tenants actually have a lease in place.)

This is not the first time that Zillow has produced a completely unorthodox home listing. Take a look at some of these other extraordinary (or extraordinarily bad?) houses, courtesy of the Facebook group Zillow Gone Wild:

This wildly-colored pink and purple “bedazzled” condo, complete with photoshopped pictures of it more toned down in case the glamorous décor isn’t your thing. Featuring bright pinks and pastel blues, purples, and yellows, this condo has enough color to satisfy anyone’s pallet.

This house is literally in a barn. It’s a building inside of a building. Who knows what the engineers were thinking, but you’re certainly never going to see another house like this! For $200,000, you could get “2 for the price of 1”, so to speak.

Take the “man cave” concept to a whole new extreme by getting a house with an actual cave in the basement! The cave is hidden behind a beautiful wooden door, and you would certainly never expect it to be there!

Are You Ready to Buy?

Are you ready to purchase your own especially unique home? (Maybe double check for squatters in the basement first!) When you’re ready to purchase, you can compare rates and lenders, right here on RateZip! Finding a low rate could save you hundreds or even thousands over the life of your loan – money you could spend adding your own special touch to your new home!