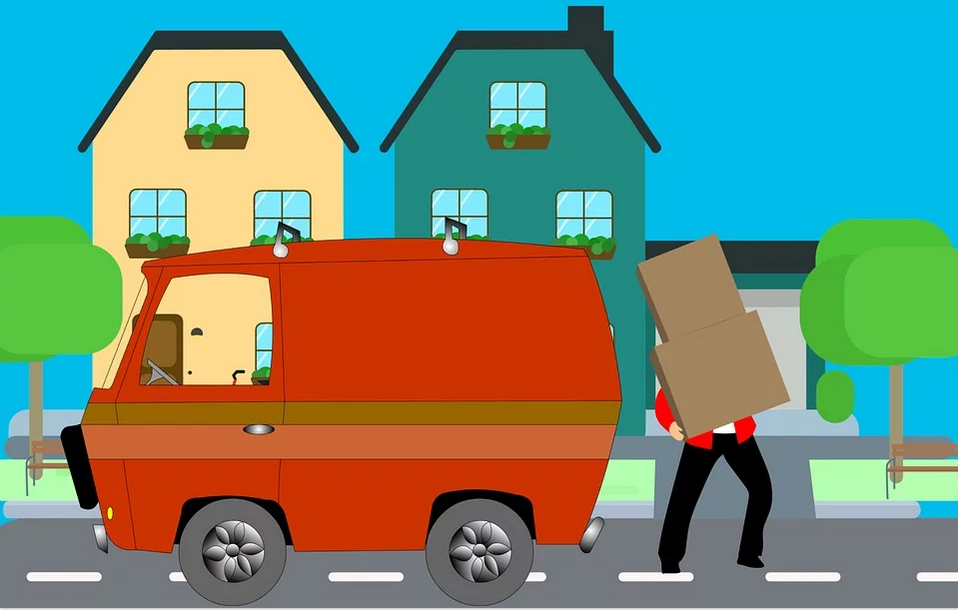 United Van Lines recently produced an interactive map which gives some possibly important Yay’s and Nay’s. Specifically, it tells us which states had the most people moving out and moving in during 2019. For those of you who clicked that second link, here’s an additional small gift for you. Everybody sing!

Anthony works in the grocery store

Saving his pennies for some day

Mama Leone left a note on the door

Sergeant O'Leary is walking the beat

At night he becomes a bartender

He works at Mr. Cacciatorre's down on Sullivan Street

Across from the medical center

At least he can polish the fenders

You can pay Uncle Sam with the overtime

And if that's what you have in mind

Yeah, if that's what you're all about

Good luck moving up, 'cause I'm movin' out

And to further address, “Who needs a house out in Hackensack?,” the answer is apparently fewer and fewer people. Ah yes, New Jersey.

Moving Out, Moving In

United Van Lines wrote, “The state that saw the highest percentage of people leaving was New Jersey, with 68.5% of its moves last year involving people going outbound.” But let’s focus on the positive.

Here are the states which enjoyed the highest number of people moving IN.

Besides New Jersey, where else are people running screaming from?

Regarding 2016-17, BusinessInsider published this depiction. Yes, it appears that NJ, NY and Illinois have sucked for a while now..

So what does that have to do with the mortgage industry? Possibly more than you think.

Years ago, I had coworkers in Pennsylvania and Illinois and they had lower mortgage rates than I offered in New York. What??? When I naively complained to my boss, he said, ”Did you ever go to New York City and buy a coffee? Do you think that same cup of coffee costs the same in Virginville, Pennsylvania? No. It’s all about supply and demand and whatever price people will pay.”

He didn’t actually use Virginville (he said Scranton, but that’s too dull for this blog!). And he wasn’t exactly correct.

We already know that credit scores, loan types, and down payments are just a few of the factors that determine the interest rate you pay for a home purchase or refinance. But location, location, location doesn’t just apply to real estate.

What else affects mortgage rates? It's a long list. For example, demand for mortgage backed securities can be a major factor. Huh? Here’s a simple explanation of that.

A bank or mortgage company takes a home loan. That loan gets sold to an investment bank. The seller uses the money it gets from the investment bank to make new loans.

The investment bank adds the loan to other mortgages with similar interest rates. It puts that in a special company called a Special Purpose Vehicle (SPV) or Special Investment Vehicle (SIV). That keeps the mortgage-backed securities separate from the bank's other services.

The SPV markets the mortgage-backed securities. Clear as mud, right? Try this instead from The Balance: “Mortgage-Backed Securities, Their Types, and How They Work”.

Many other easier to understand things also affect mortgage rates (in or out of New Jersey).

A few companies ago, we had a fantastic Secondary Market Director. But one day, he sent a company wide email that rates were going nuts because of the Japanese Emperor's son’s wife. It was a long time ago and had to do with some Japanese ruling decisions that many financiers thought unwise and the subsequent ripple effect on the stock and bond market. That reminded me of a Psychology class I took in college. The first sentence out of the Professors mouth on Day One was, “Wearing red ties causes heart attacks.” Or, as Billy Joel would tell us, a heart attack-ack-ack-ack-ack-ack.

The real story is that men who wore red ties (at the time when I took that class) tended to be Type A, workaholic, heavy drinking, personalities who worked in extremely high powered and stressful environments. Often, those men did have more heart attacks than others (wearing different colored ties presumably). These days, red ties are not quite as correlated to heart attacks as, say, red meat, or red faced anger, or red tipped burning cigarettes. End of diversion.

What have we learned? No one likes living in New Jersey or, pretty much, New York. Don’t get a mortgage rate quote in Throop, Pennsylvania and expect to be quoted that same rate in New York City.

Let's End on a Laugh!

Also, I am not really slamming Pennsylvania towns. I was born and raised there so I am certain that gives me license to laugh “with” fellow Keystone Staters! And if you think I chose the only three oddly named towns in the state, think again. Click on, “Here Are 25 Bizarrely Named Pennsylvania Towns That Will Leave You Scratching Your Head.” And on that note … get ready to scratch … and groan!

I was thinking about moving to Moscow … but there's no point Russian into things.

So, I’m originally from Spain, and one of the strangest things I discovered when moving to America was the way you hold your pens. In Spain, we hold them straight up, whereas you hold them slightly on the side. I would always get weird looks when writing with my fountain pen. It’s not all that surprising. After all, nobody expects the Spanish Ink Position.

I'm lonely. I solved this by moving to a warm location… Now I have fans everywhere I go.

What do you call a chicken in a moving vehicle? Poultry in motion.

What do you call 100 rabbits in a row moving backwards? ...a receding hare line.

Q: What's the only thing that grows in Philadelphia? A: The Crime Rate

Q: Where does everyone get their pencils from? A: Pennsylvania