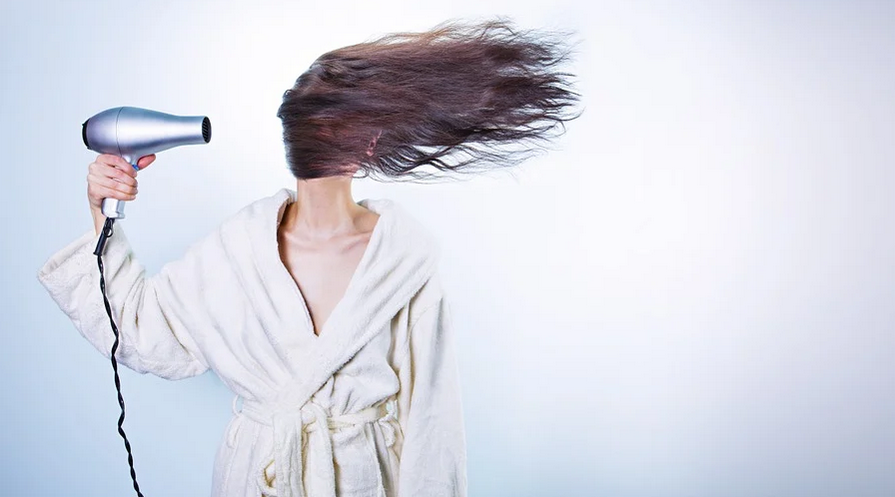 I was driving in a neighboring state last week and came across this highway billboard. It said something like, “2020 was hairy. Come see us to make 2021 even hairier!” You guessed it. The ad was for a mens’ hair replacement company.

As I continued to drive, I tried thinking of things that have gotten better this year. Of course, everything depends on a person’s perspective, but … it does seem like things are still a bit, err, hairy.

Good grief, the hair is growing! 😱 But nothing crazy happened in the mortgage or real estate industries except in Texas, right? That’s a big WRONG. Here are just a few weird-ities I want to pass on to you.

Learning first hand how horror films start, a couple purchased a lovely new place only to discover not-lovely aspects about it. They pulled the carpet off their floor and found a secret room and a basement they never knew about!

My friends and neighbors decided to sell their home and move to Tennessee to be half way between his family and hers. They listed their home and guessed they had at least 45 to 60 days minimum to pack, sign up movers, decide on their final TN home choice and move. Oh no. Their home sold in 2 days for $50,000 over asking price, for cash, and the buyers asked for a 1 week closing! What?!? My friends compromised and got it (almost) together in under a month. But that led to the next problem.

Apparently, their thinking was not unique. In spite of the fact they had selected 3 homes to rent and 3 others to buy in Tennessee, when they spoke to their Realtor the day their own house sold, all six were SOLD already! Their Realtor told them that, once again, Tennessee was exploding with people moving into the state. This forced them to move in with one of their families, where they still remain (and not because they want to be there). They finally found a house to rent but can’t move in until a month from now.

My new neighbors told me they had placed offers on 3 previous homes before their bid on my friends’ home was accepted. They are from right outside the “city” (as in New York) and felt the need to get their young kids out of town and into the suburbs where they could breathe. Regardless, dad still plans to make the ninety minute commute to work, where he has no “remote” option available to him. Yikes, that’s 3 hours a day traveling to and from work. When will he see those gorgeous babies?

If you’re looking for a stock to buy, here’s a tip for you, with some background. My aforementioned friends/neighbors were desperate for a while. So they thought about putting all of their possessions in storage, renting an RV, and living in a Tennessee campground for a while. Too late. It appeared that everyone else had that same idea. There was NO camp ground space available to them and NO RV’s to rent either!

So this craziness is unique to Tennessee, right? Wrong again! Check out home prices in everyone’s favorite place to move, Washington DC (yes, that was sarcasm), courtesy of UrbanTurf.

And that’s not the only ridiculously rapid rise.

At the end of 2020, the DailyVoice listed Fairfield County, CT, as having the biggest jump in home prices. Since the previous year, housing sales throughout that county rose by 80 percent, and median home prices reportedly increased by 33!

Regarding home prices, CNN tells us:

Short of making a high offer (pun intended), what is a hopeful home buyer person to do? Hmmm How about this?

The nerdwallet, posted in the Tampa Bay Times, gives these tips:

Or what about this value added creativity? Real Buyer Network, which is an Arizona real estate rewards and referral network company, offers homebuyers the ability to earn American Express Membership Rewards® points up to the purchase price of the home! RBN partners with real estate agents nationally. RBN will link home buyers to participating agents and, voila, points follow.

If you’re planning on selling, this is a great time … provided you have a place to live after closing. And, speaking of closing, let’s do that with today’s crop of fun.

Prince Harry is leaving the royal family to become a painter. He's going to be the artist formerly known as Prince.

I'm not a professional caddy or anything, but I think Tiger Woods probably should use a driver.

Abe and Esther are flying to Australia for a two week vacation to celebrate their 40th anniversary. Suddenly, over the public address system, the Captain announces, "Ladies and Gentlemen, I am afraid I have some very bad news. Our engines have ceased functioning and we will attempt an emergency landing. Luckily, I see an uncharted island below us and we should be able to land on the beach. However, the odds are that we may never be rescued and will have to live on the island for the rest of our lives!"

Thanks to the skill of the flight crew, the plane lands safely on the island. An hour later Abe turns to his wife and asks, "Esther, did we pay our $5,000 PBS pledge check yet?" "No, sweetheart," she responds. Abe, still shaken from the crash landing, then asks, "Esther, did we pay our American Express card yet?" "Oh, no! I’m sorry. I forgot to send the check," she says. "One last thing, Esther. Did you remember to send checks for the Visa and MasterCard this month?" he asks. "Oh, forgive me, Abie," begged Esther. "I didn’t send that one, either."

Abe grabs her and gives her the biggest kiss in 40 years. Esther pulls away and asks him, "What was that for?" Abe answers, "Don't worry, they’ll find us!"

And let’s remember that, for the first time ever, hindsight really will be 2020. 😆