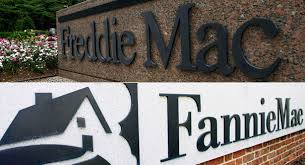 In an official release, the FHFA stated, “On September 6, 2008, FHFA used its authorities to place Fannie Mae and Freddie Mac into conservatorship. This was in response to a substantial deterioration in the housing markets that severely damaged Fannie Mae and Freddie Macs’ financial condition and left them unable to fulfill their mission without government intervention.”

Here is the definition of conservatorship from Investopedia.com:

“A conservatorship is a situation or circumstance wherein the courts determine that an individual is not capable of overseeing and dealing with legal matters, thus the individual appoints someone else, a conservator, to take care of such matters.”

Based on that, Fannie Mae and Freddie Mac were deemed incapable of handling legal matters and the government was appointed to take care of these matters. So what is the government handling actually?

The same source tells us, “… at the end of 2006, Fannie Mae and Freddie Mac had about $4.3 trillion of mortgage credit exposure, which was about 40% of total outstanding mortgage debt in the U.S. (March 15, 2007). Or viewed differently, the two companies have $5.2 trillion of debt and MBS obligations outstanding, exceeding the $4.9 trillion of publicly held debt of the U.S. government, according to the Federal Reserve's board of director's Chairman Ben Bernanke (April 2007).” Yikes, that’s a lot to handle.

But wait, Fannie Mae (in 1938) and Freddie Mac (in 1970) were both created by acts of Congress. It appears, then, the government created two GSEs (government sponsored enterprises) that became unable to oversee and deal with legalities. So the government stepped in. I am reminded just a bit of the department of redundancy department. Bu that may be about to change and possibly in a big way.

10 Bold Predictions for the Future of the Mortgage Industry (slide 2), states,

“Conservatorship Era Comes to a Close

No matter which party wins the White House and Congress, this one is bound to happen, and soon. After all the talk, in the end Fannie Mae and Freddie Mac will become fully-privatized companies and returned to their shareholders because it's the easiest thing for the government to do.

In the future, Fannie and Freddie won't have any government charter or guarantee, which will open the door for others to compete in their space. That makes it quite likely one or both will be acquired by a financial exchange.”

So what will happen? Will anything happen? An answer was given by American businessman Joseph Jackson, born in 1929. Say it with me, “It’s all about the money”.

Now I must digress just a bit. For today’s laugh, check out these Top 100 Money Quotes of All Time  from Rob Berger in  Forbes and pay special attention to numbers: 1, 8, 15 and especially (my personal favorite), 32.  You’re welcome.

Back to the real substance of this blog …

WHY are they in conservatorship?

Here’s a five minute 2009 Dawn Kopecki of Bloomberg News YouTube video on C-SPAN2 that starts to offer the accurate reply.  But in less time than that, it all had to do with the Mortgage Crisis/Meltdown/Armageddon of 2008/09.  From money.cnn.com on 9/7/2008:

“Federal officials on Sunday unveiled an extraordinary takeover of Fannie Mae and Freddie Mac, putting the government in charge of the twin mortgage giants and the $5 trillion in home loans they back.

The move, which extends as much as $200 billion in Treasury support to the two companies, marks Washington's most dramatic attempt yet to shore up the nation's housing market, which is suffering from record foreclosures and falling prices.”

In short, then, Fannie and Freddie were losing, well, their fannies, so the government stepped it to fix the problem (and I say that past part with some sarcasm).

That mild sarcasm is based in part on ramifications such as this one from abcnews.com, “Taxpayers take on trillions in risk in Fannie, Freddie takeover”.

“The unprecedented federal takeover of mortgage giants Freddie Mac and Fannie Mae announced on Sunday is a bold attempt to stabilize financial markets and restore the faltering housing market, but it thrusts trillions of dollars of risk directly onto taxpayers' shoulders.

Yes, It’s all about the money but, as it happens, it may be our money? Well, isn’t that usually the case? But all of that controversy surrounds the original decision to establish the conservatorship.  Now that talk has started about dissolving the conservatorship, the controversy has continued and often in a more heated way.

Conservatives blame the mortgage giants (wrongly) for the financial crisis, and both parties want them dead. But to finish the job of financial reform without destroying the housing market and costing taxpayers billions, we need to let them live.”

Read more about this presumed inevitability from Housing Wire in Why conservatorship of Fannie and Freddie must end, or this DSNEWS piece Was Watt’s Speech the Beginning of the End for the Conservatorship or numerous others articles with strong similar opinions.

Here’s another great video piece on that and more from PBS News Hour.  Bethany McLean, author of “Shaky Ground”: The Strange Saga of the U.S. Mortgage Giants” states,

And the investors, the big hedge funds who have taken stakes in Fannie and Freddie, are — have points of view on this, too, and are big players in the debate.”

Ms. McLean, by the way, is NOT in favor of dissolving the conservatorship.

The specific steps necessary to eliminate both entities are:

2. Repeal both entities’ perpetual federal charters and replace them with three-year charters that Congress may renew if necessary.

3, Separate both portfolios of mortgage investments and turn them over for gradual liquidation to a new temporary subsidiary of the Federal Housing Finance Agency (FHFA) modeled after the Resolution Trust Corporation, which handled the assets of failed savings and loans in the 1980s and 1990s. Liquidation should proceed as the market allows, and neither entity should be allowed to make any further portfolio purchases.

4. Reduce the conforming loan limits. These limits indicate the maximum size of the mortgages that Fannie Mae and Freddie Mac are allowed to purchase for inclusion in mortgage-backed securities.

5. Increase the fee that is charged for a federal guarantee that mortgages will be repaid if they are included in bonds issued by Fannie Mae and Freddie Mac, and use that money to repay taxpayers for the cost of their bailout.

6. Move all low-income housing goals and subsidies to the Department of Housing and Urban Development (HUD). Congress should then determine whether each of these policies should be continued, combined with others, or eliminated. Programs that are continued would be funded through the appropriations process.

7. Sell remaining parts of Fannie and Freddie to private entities. Such sales would not be based on geography. Certain parts would be reserved for sale to small banks, credit unions, or smaller mortgage bankers to reduce the chance of the business again being dominated by large companies.

8. Require continuing congressional oversight to monitor these changes and the development of a modern housing finance system.

I love it when everyone has a strong opinion.  In the Wall Street Journal article, “Why Fannie and Freddie Cannot Be Recapitalized”, author John Carney states, “The chances of the companies being released from conservatorship is extremely low. A far more probable outcome is that the companies eventually get wound down and replaced by a new system, perhaps along the line of the National Mortgage Reinsurance Corporation recently outlined in a paper by Jim Parrott, Lew Ranieri, Gene Sperling, Mark Zandi and Barrry Zigas.”

But almost immediately, we saw, “Investors Unite fires back at WSJ columnist in Fannie, Freddie recap row”.  Specifically, “Carney is wrong in claiming that Fannie and Freddie can't rebuild capital. HERA allows Director Watt to suspend dividend payments to the federal government for this purpose.

Carney is also wrong to say that allowing them to rebuild capital is allowing them to come back to life without addressing the flaws that previously existed. First, HERA addressed these flaws and the entities have been reformed. Second, it's still up to policymakers (specifically Federal Housing Finance Agency) to determine the outcome of the conservatorship.

Carney's logic that the sweep protects the taxpayer more than allowing Fannie and Freddie to rebuild capital makes no sense. We don't allow any large institutions to operate with no capital.  Why are Fannie and Freddie any different?

Carney's Buffett analogy is not really a good one; Buffett put money into Goldman Sachs before the Treasury acted. So that really isn't an example of private capital working alongside government. “

Perhaps, then, this needs more study. The Hill Bill (love that) agrees, sort of. “The GSE Review and Reform Act, H.R. 5505, would direct the Treasury Department to study ending the conservatorship of Fannie Mae and Freddie Mac on an annual basis.

“There has been no progress toward moving these federally dependent GSEs out of the conservatorship,” Hill said. “My bill would force treasury to study this issue and present its recommendations to Congress at least once a year, creating engagement on the best path forward on housing finance reform to end taxpayer exposure and ensure access to mortgage credit for Americans.”

Those questions regarding dissolving the Fannie/Freddie conservatorship are well beyond the scope of my crystal ball. So, instead, I will end with some levity:

Courtesy of Richard Starr of the Weekly Standard who writes, “A little gallows humor about Fannie Mae and Freddie Mac, courtesy of a commenter at the indispensable Calculated Risk blog: "FNM and FRE should just have a new single consolidated ticker: FUBAR"”

http://fanniemaeshareholder.blogspot.com/ (TOO many gems to even begin summarizing – scroll down)