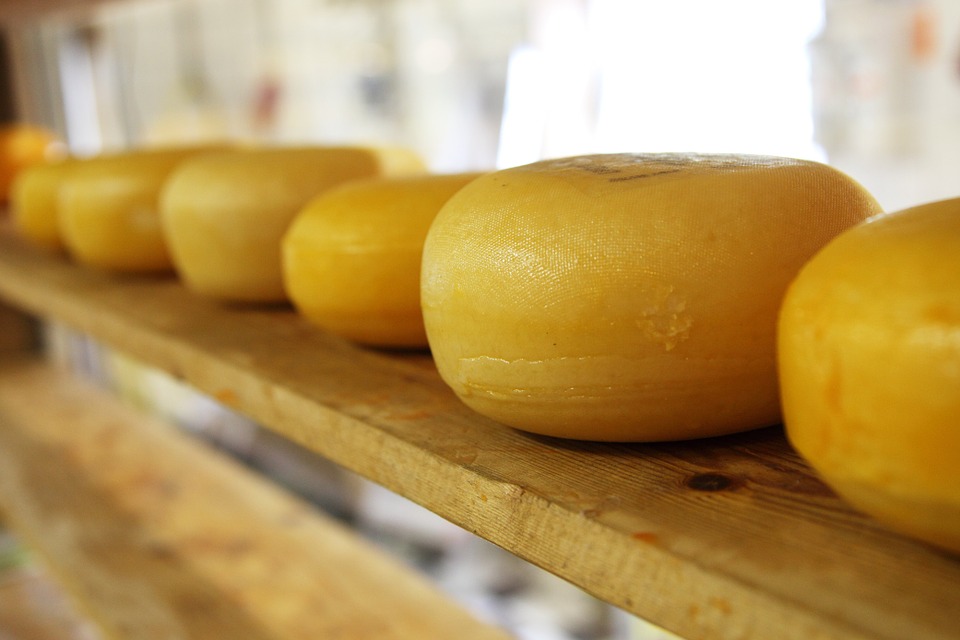 If the (horse)shoe fits, it can be used as collateral! Thoroughbred horses are sometimes used as collateral – in fact, the owner of Great Hunter, a front-runner for the Kentucky Derby in 2007, was involved in a debate with a bank because the horse’s previous owner had used the horse as collateral. The bank claimed the horse and its winnings were rightfully theirs because of the outstanding loan. Information on the outcome of the dispute was not readily available, but perhaps the bank should have gotten collateral that was a bit more stable (pun intended).

Can music be used as collateral? It turns out, yes! David Bowie used the current and future revenue of his albums as collateral to create “Bowie Bonds.” These bonds were sold to investors, and Bowie used the funds to buy back old recordings of his music. The bonds matured in 2007, and the rights and revenue then reverted back to Bowie.

Could the collateral for your next loan be found in your very own fridge? Well, most likely not, but cheese is one of the types of collateral accepted by Credito Emiliano bank in Italy. Specifically, they accept Parmigiano-Reggiano, which is known as the “King of Cheese” and typically takes between 18 and 36 months to age. One wheel of the “King of Cheese” can be worth thousands of dollars, and the dairy collateral at the bank’s cheese warehouse has a value of more than 160 million Euros. Now, you may be wondering, why cheese? It turns out that Parmigiano-Reggiano is a product unique to this region of Italy, so Credito Emiliano accepts it in order to support local businesses.

This collateral would pair nicely with the previous one! If you have a bottle of fine wine, you may be able to use it to get a loan. In fact, wine lending has become so popular that there are now dealers who specify in it – the leading lender being WineCredit. Just two years after WineCredit was founded, they had written $20 million in loans on 114,000 bottles. Wine lending does have some rules associated with it – the wine must be verified and stored in an approved facility – but, as wine collector Nick Gangas pointed out, “[The wine] would just be sitting in the cellar aging. Why not use [it] to raise capital? By the time they’re ready to drink, I’ll have paid back the loan.”

Got a Bit of Bitcoin?

Bitcoin may have dropped in value since its spike in 2017, but it’s still worth a substantial amount: one Bitcoin is the equivalent of $3,946.48 (as of this writing, but who knows how much it will be when you’re reading this?). If you have Bitcoin, you probably want to hang on to it, in case the price spikes again. But if you need cash, it may be tempting to sell. However, there’s another option: use your cryptocurrency as collateral! Collateralized Bitcoin Loans (CBL) are now available for borrowers to take advantage of. As with all loans, there are some risks, and it doesn’t help that the value of cryptocurrency is known to fluctuate. If Bitcoin’s value drops a large amount, you may be required to add more collateral or make a payment. And if you default, your lender will liquidate a portion of your Bitcoin to cover the principal cost as well as any unpaid interest. The remainder will be returned to you.

This Loan is In the Bag

If the Devil wears Prada, then she can use it to get a loan! Yes Lady Finance is a mortgage brokerage in Hong Kong, and while they make most of their money off of brokering mortgages, they also offer loans with designer handbags as collateral. These loans can be closed in a half hour or less and allow the borrower to receive up to half of the value of a new bag. According to the company, many people love these handbag loans – borrowers need money, but don’t want to sell their designer bags. And most repay the loan on time, allowing them to retrieve their bag. One borrower said that he prefers Yes Lady Finance to traditional pawn shops because Yes Lady Finance has a grace period, making it more likely for him to get his bags back. If someone brings in a fake handbag, Yes Lady Finance doesn’t let the cat out of it, so to speak! Instead of calling the customer out on his or her fake merchandise, they simply come up with another reason for not providing the loan.

Bounce Back with This Collateral

Another type of collateral accepted in China, rubber was a common collateral item back in 2013. Frankly, this one baffled most experts in the United States: rubber has a short shelf life, so if the borrower defaults on the loan, banks only have a very quick time period to sell it. Borrowers were using rubber as collateral, however, for a few reasons. All real estate in China is officially owned by the government and can be seized at any time, making it not the best option for collateral. Borrowers also use commodities, such as rubber or copper, as collateral so that they can sell it (hopefully for a profit) once the loan has been repaid. But again, they better hope it sells quickly!

And the Winning Numbers are...

A lottery winner may be the last person you expect to be in need of a loan, but in this case, one did! A Russian immigrant used his winning lottery ticket as collateral to get a loan in order to move to a better house in a safer neighborhood before collecting his winnings. The bank Morgan Stanley worked with him to make the loan, and no wonder! The prize money was somewhere in the hundreds of thousands, making that ticket one valuable slip of paper.

It may be fun to read about unique types of collateral, but there’s no need to drive yourself crazy looking for some expensive, unheard of object to use to get a loan. If you own a significant portion of the equity in your home, your house can be used as collateral in a Home Equity Loan! Learn more about home equity loans and other types of loans right here on RateZip.