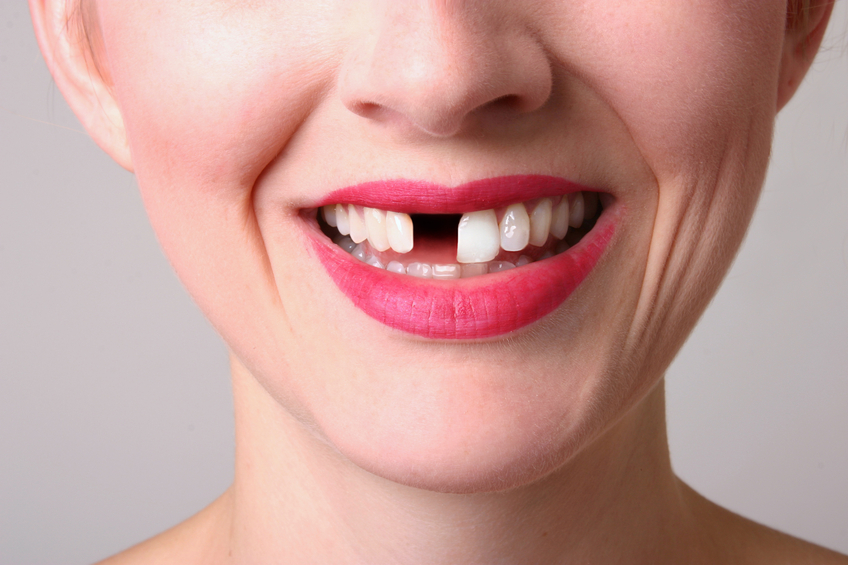 What do you think of this October 11, 2016 Wall Street Journal article’s opening sentence?

“A federal appeals court delivered a strong rebuke to the government’s new consumer-finance watchdog, declaring the agency’s unusual independence to be unconstitutional, and ordering its powers be curbed.”

Well, yikes. Further reading from the same source yields: “In Tuesday’s ruling by a three-judge panel of the U.S. Court of Appeals for the District of Columbia Circuit, Judge Brett Kavanaugh, a George W. Bush appointee, wrote that Congress gave the CFPB director “more unilateral authority than any other officer in any of the three branches of the U.S. government, other than the president.” He said the problem of checks and balances was particularly acute because the CFPB “possesses enormous power over American business, American consumers and the overall U.S. economy.”

The appeals court allowed the CFPB to continue operating as an agency but ordered a restructuring of how it operates in the executive branch.” See also the slick Forbes slide show on this topic.

What? If this decision stands, it could have far reaching consequences in the world of consumer finance. The feedback and related opinions stress that. But first …

HOW DID THIS OCCUR?

This type of business arrangement has been a common practice for a long time, and regulators were OK with it as long as the reinsurance was sold for a reasonable price. But it was illegal to sell the reinsurance at an inflated price, because that could be considered an illegal kickback under the Real Estate Settlement Procedures Act.

The CFPB was created after and as a result of the financial crisis. The goal of this watchdog organization is to regulate mortgages, credit cards and other consumer products. To fully disclose, it has been both the recipient of and source of grief from the financial industry and the Republicans, many would opine.

“The CFPB has long been a target of Republicans on Capitol Hill. House Republicans are currently moving forward on a bill that would abolish the Dodd-Frank Act, the law that created the CFPB, and would dramatically change, if not abolish, the CFPB as well.”

Summarized by a HousingWire piece states,

“PHH, a mortgage lender, made national headlines when it challenged CFPB Director Richard Cordray’s $103 million increase to a $6 million fine initially levied against PHH for allegedly illegally referring consumers to mortgage insurers in exchange for kickbacks.  … The fine centered around Cordray saying that PHH violated the Real Estate Settlement Procedures Act every time it accepted a kickback payment on or before July 21, 2008 – going far beyond Elliot’s ruling, which had limited PHH’s violations to kickbacks that were connected with loans that closed on or after July 21, 2008.

Cordray issued a final order that required PHH to disgorge $109 million – all the reinsurance premiums it received on or after July 21, 2008.

PHH challenged Cordray’s authority to levy the additional fine and the constitutionality of the CFPB, and after much deliberation, the court agreed with PHH on all counts.”

“Moira Vahey, a CFPB spokeswoman, said the agency was considering its options for further review of the ruling, while remaining focused on its mission.

“The bureau respectfully disagrees with the Court’s decision,” Vahey said in an e-mailed statement. “The Bureau believes that Congress’s decision to make the director removable only for cause is consistent with Supreme Court precedent.”

“U.S. Senator Elizabeth Warren, the Massachusetts Democrat who fought for formation of the bureau before being elected to Congress, predicted the ruling would be appealed and eventually overturned. Even if it stands, she said the ruling constitutes a "small, technical tweak" and doesn’t question "any other past, present or future actions of the CFPB.”

But on the flip side, “Texas congressman Jeb Hensarling, the Republican chairman of the House Financial Services Committee, had a more favorable view, calling the ruling “a good day for democracy, economic freedom, due process and the Constitution.”

“The second highest court in the land has vindicated what House Republicans have said all along, that the CFPB’s structure is unconstitutional,” he said, in an e-mailed statement.” By design the CFPB is arguably the most powerful and least accountable Washington bureaucracy in American history, and it shows. The Bureau has infringed on the economic freedoms of consumers, limited their financial choices, increased their costs, and failed to hold managers accountable for widespread discrimination and abuse of its own employees. This must change,” Hensarling continued.

“The CFPB has an important mission. Properly designed and led, it is capable of great good. But the Bureau’s bizarre and defective structure allows it to evade the time-tested checks and balances that are necessary to hold it or any other government bureaucracy accountable,” Hensarling added.”

The Mortgage Bankers Association also applauded the ruling as well as the clarification the decision presents for the Real Estate Settlement Procedures Act.

“MBA is gratified that the court has issued an extremely thoughtful opinion.  It addresses all of the key issues raised by the PHH case, including the proper interpretation of the Real Estate Settlement Procedures Act, the need for due process including reasonable statutes of limitations and the very constitutionality of the CFPB itself,” MBA President and CEO David Stevens said.

“Mike Calhoun, president of the Center for Responsible Lending, said the ruling was disappointing, but not surprising, because conservatives have been gunning for the bureau.

“If the 2008 financial crisis showed us anything, it’s that consumers need an independent regulator to look after the interests of consumers,” Calhoun said, adding, “any efforts to change CFPB’s structure would reduce its effectiveness and harm hardworking people across the country.”

Lisa Donner, executive director of Americans for Financial Reform, said, “We are hopeful that this erroneous decision will be overturned.”

Read more widely differing views on this ruling at HousingWire’s: "A good day for democracy" or a "reckless decision": Mortgage industry reacts to watershed PHH-CFPB ruling”

In an American Banker article “Cheat Sheet: What CFPB Constitutionality Ruling Means for Banks”, notable consequences include reflections on the organization as well as RESPA.

“But the decision also invalidated the CFPB's $109 million fine levied against the nonbank mortgage lender PHH Mortgage due to alleged violations of the Real Estate Settlement Procedures Act.

In pursuing the New Jersey-based PHH, the CFPB provided a novel interpretation of Section 8 of that law, effectively outlawing the practice of steering customers to preferred mortgage insurance providers in exchange for having those providers purchase reinsurance from captive firms of the mortgage originator.

CFPB determined that its interpretation applied retroactively against PHH and further said that its administrative actions were not subject to the usual three-year statute of limitations governing judicial actions. The court disagreed with the CFPB, saying that it would only be a violation of RESPA if the mortgage insurance offered by the preferred clients was more expensive than what borrowers might find elsewhere.

"This court has just said to the CFPB that they are concerned about the way they make decisions, that they're not a multimember agency, and that they badly misinterpreted the statute, and applied the decision retroactively," said Jon Eisenberg, partner with K&L Gates. "All of that is of far more practical significance than whether Cordray is removed for cause."

Jaret Seiberg, managing director of Cowen Group, said the court's decision limits PHH's exposure substantially, and sets some meaningful restrictions on how RESPA will be applied.

"If the market value was unreasonable, then there could still be a RESPA violation," Sieberg said in a note to clients. "To us, this sharply limits PHH's legal risk in the case, even if the agency concludes it underpaid for the reinsurance.”

Further, there is debated and related conversation regarding the constitutionality of the OCC and FHFA (both operate under a structure similar to the CFPB), the odds of a successful appeal of this ruling, and the push for a five-member bipartisan commission.

Regarding the latter, “"There are lots of Democrats who would say privately right now that they are open to discussions, particularly around the composition" of the CFPB, Jenkins said. "There are Democrats currently in Congress who believe a panel is a better approach than a single commissioner."

But in a statement issued Tuesday, Warren blasted the ruling, and reiterated her opposition to structural changes.

"The CFPB has been, and will remain, highly accountable to both Congress and the president, and continued Republican efforts to transform the agency's structure or funding should be seen for what they are: attempts fostered by big banks to cripple an agency that has already forced them to return over $11 billion to customers who have been cheated," she said.”

But what about previous unpopular CFPB decisions? The National Law Journal reported,

“The D.C. Circuit’s decision could entice past targets of the agency to challenge the enforcement actions. Companies might struggle on that front, however, because many enforcement actions are taken through consent orders. And revisiting past enforcement actions could also exacerbate reputational damage or further strain relations with the agency.” See separate blog – coming soon -- on, for example, Wells Fargo decisions.

The MBA recently emailed all members this blurb, “The D.C. Circuit Court of Appeals set aside CFPB Director Cordray's PHH decision that altered a long standing interpretation of Section 8 (c) (2) of RESPA, upon which PHH and the industry has relied.  The ruling will allow payments for services or products provided that reflect their reasonable market value even where tying arrangements are involved.  The Decision will have a major impact on MSA's and relationships between mortgage lenders and realtors, lenders with reinsurance subsidiaries and mortgage insurers, and others.

This critically important decision and its ramifications will be explained During the General Session by Ken Markison and Rich Horn on October 19th at Harrah's in AC.  Our afternoon panel, MSA's and Realtor Relationships, with Wayne Watkinson, Andrew Liput and Bonnie Nachamie will address realtor relationships and how they will be impacted by the Court's Opinion.”

Will this decision be appealed? Will RESPA interpretations and enforcements change? Will the CFPB be entirely restructured? Will the consumer watchdog be put out to pasture? Has Mr. Cordray just been slapped upside the head? Popular opinion seems to think that these and other questions will have to await the Presidential election and will be answered someplace other than a locker room. (Sorry!)

FORTUNE: The CFPB's Structure Has Been Declared Unconstitutional

THE WASHINGTON POST: Federal appeals court rules the structure of CFPB is unconstitutional