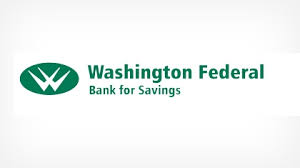 Washington Federal Bank for Savings was a 100 year old bank serving the Chicagoland area. It closed in 2017 after massive amounts of fraudulent activity were discovered.

The bank claimed its mission was to provide Chicagoans with highly competitive deposit and loan products, including consumer purchase and refinance mortgage loans, CDs, and savings accounts; the company's slogan was “banking made personal.” Washington Federal Bank for Savings operated two branches in Chicago: one on 2869 South Archer Avenue, and the other on 1410 West Taylor Street.

Washington Federal was founded in 1913 in Bridgeport by Emil S. Gembara. His grandson, John F. Gembara, was the bank's Chairman of the Board, President & CEO until the bank's closing.

Gembara and other unnamed employees falsified loan payments and other documents at Washington Federal. They were able to hide the fraud behind the bank's small, community-focused facade. Because the bank appeared to be simple and low risk, first-time examiners were sent there for "training;" thus, they missed what more experienced examiners might have been able to catch. The bank also used a manual system to document loans instead of automated, which made it easier to falsify and hide payments. They also claimed that, in their over one hundred years in business, they had never had a single credit loss. This is very suspicious, since even the most successful businesses experience credit losses, but examiners viewed this "fact" as another reason why  Washington Federal was low risk. The fraud was only uncovered when an unnamed manager alerted regulators to it. A few days after the bank closed, CEO Gembara committed suicide.