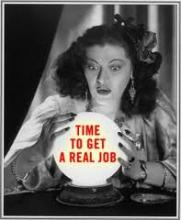 When you apply for a mortgage, there is the chance that your life and/or financial circumstances may need clarification. If so, it is possible that you must write a Letter of Explanation (or LOX in mortgage-ese, also known as LOE for Letter of Explanation). In various positions in the mortgage industry over the years, I have seen dozens of LOXs and some of them actually prompted me to start a file to collect these and other R U Kidding Me correspondences. I eventually wrote a book that included some of them – “after the beep”. With many underwriting tasks being currently automated, LOX requests have lessened. They are still occasionally requested as a compensating factor if you are “close” to being approved, or if the Automated Underwriting System requests more information, or if there is no obvious trail of funds, etc. I, for one, mourn the lost art of writing the compelling LOX. But since they are still occasionally requested, here is a glimpse at some of my very favorites, some oldies but goodies.

Being approved for a mortgage means that your mortgage lender has faith you will actually make the payments and make them on time.  Your lender examines all of your financial records to discern a pattern – the pattern they seek is one that indicates you have enough money to pay your bills and pay those bills on time.

If you, however, have charges on your bank statements for NSF – not sufficient fees – you may be asked to write a Letter of Explanation. This LOX

should explain the circumstances that led to the NSF situation and demonstrate that it was a “one-time” or at least infrequent event precipitated by an unusual set of circumstances that will not exist again. The LOX should not, in fact, result in you being seen as a bigger credit risk than previously determined or, sadly, as an idiot (or a member of a family of idiots). I left the typos and other errors in below letter for “color”.

“To Who it May concern.

I loaned my brother $100 to bet on the fifth race at Aqua Duck. He told me he was sure he would win and would give me the money right back. But he lost. I had to pay for my cell phone bill but I needed that $100. I borrowed the money from my sister and put it into the bank. But then I paid her the money back with a check. She needed to pay her own bill so she cashed my check before the bank used it to pay my cell phone bill with the check I wrote AT and T. I told my sister she cashed it to fast and she borrowed money from my brother for me so I didn’t get my cell phone turned off. But my brother told me the horse that lost the other day was winning that day so I bet on that horse. It lost again. So I didn’t have money to pay my phone bill until I got paid but that was to late. And today that horse won but we didn’t have a bet on it.”

2.  The mailman trashed my bill

If you have an acceptable FICO score and generally pay your bills on time, your mortgage lender may ask for an explanation of one or more late payments. If this explanation is understandable and seems reasonable, you can be well on your way to mortgage approval.  But do have someone review your LOX before submission to your mortgage lender.  This potential home owner skipped that step.

“As you can see, I always had perfect credit. Until last year. The mailman told me to shovel my sidewalk. I didn’t and I think he kept some of my mail. So I never got a bill from Macys. When I got the next one, I paid that but not the old number on it because I was sure that was there mistake. One day I took a phone call from some nasty idiot who tells me I’m something like 4 months late paying Macys. I tell him I pay them every month. He tells me they take my payment and count it towards the one I never made so I’m late every month. I was so confused I had to go to Macys so the girl there could show me. I told her I was pretty sure the mailman trashed my bill but she couldn’t do nothing about it. And now it had late charges with it too so I got mad about that. I tried to get the post office to pay the bill I owed but they wouldn’t so it got more late. I finally decided to pay all the Macys bill in full and throw out my Macys card. But I had to use the money for the cable bill to do that. So that’s why the cable bill was late the last two months.”

3.  If you give me a mortgage, my boyfriend will stop stealing my money for drugs

All of the financial documents your mortgage lender reviews should contain your name and current address.  If they do not, you may need to explain why that is the case. Your explanation should include comments that make you appear to be low risk, financially sound, and intelligent enough to make good decisions where your money is concerned. None of those are apparent in this letter.

I live at 121 Smith Street. My bank statements say 459 Elm Road. That’s because my mother lives at 459 Elm Road and I live at 121 Smith Street with my boyfriend. He’s a great guy and I really love him but he has a pretty bad drug habit. So I always tell him I don’t have any money because if he knew I had money, he would want to use that money to buy drugs. So my bank stuff gets delivered to my mother and she holds it there for me. And that’s why I’m buying a house. Sometimes I gave my boyfriend the rent money to give to the landlord and he spent it to feed his habit. But if I have a mortgage, he won’t be carrying cash to some person. I’ll be mailing a check and he won’t be able to spend it. Thank you.”

There is a direct correlation between consistent employment and paying bills on time. Mortgage lenders, then, will ask questions if your work history shows “gaps in employment”.  If those gaps appear logical and your explanation indicates the gaps will not occur again, your risk level drops. It did not drop for this potential home buyer.

I was working at the High Dive Bar on Second and 4th. I had a big fight with my boss, Davey. So Davey fired me. It wasn’t my fault. He asked me to bring a couple cases of Stella beer from downstairs and I told him I couldn’t because I hurt my arm when I fell down the steps that morning. I drank too much after work and I was still trashed and missed a step and landed on my left arm and I’m a leftie. So Davey told me to carry the cases with my right arm. And I told him he was lucky I didn’t sue him for me falling down his steps that morning. He got mad because he didn’t know I was sleeping upstairs in his storage room since after my shift ended the night before. That’s what the fight was about.

After he fired me, I was still mad for about 3 or 4 weeks so I just got drunk. Then I got another job at Wally’s Wiener World but the smell of sauerkraut made me sick so I had to quit.  I told the guy who owns Wally’s Weiner World named Wally that I think something is wrong with his sauerkraut. He told me to shut up and never tell anyone I worked for him.  Then I got a job at Mary’s Merry Bar and that’s where I still work. So I’m buying the house next door so I don’t have far to go home after I’m done at night and I won‘t have to drive and get another DUI.” If someone loans you money to buy a house, you will need to pay that money back. Otherwise, it is a gift and that requires certain criteria and paperwork requests be met. Mortgage Underwriters review your bank statements for consistency, among other things. An unusually large deposit (an inconsistently large deposit) could mean someone loaned you money that you cannot afford to pay back and that might make you ineligible for mortgage approval.  There are, of course, other explanations that are perfectly fine.

For example, I applied for a mortgage once and had just received my first “recruiting bonus”. That was not deposited directly into my bank account. The Underwriter asked for an explanation of this large deposit since its source was not listed and, since we both worked at the same company, I wrote, “You gave it to me!” She was not amused.

Here’s a rather amusing explanation (that also did not get past the Underwriter).

“To Whom It May Concern,

Regarding the large deposit to my checking account, I would like to joyfully explain what happened! Zelda, my psychic, emailed to tell me my numbers for the day were 02 03 10 19 40 49. So I immediately went and bought a Pick 6 ticket and I won $100! Zelda also told me it was a good day to make new money from old things. I didn’t understand that for a while but then I remembered the garage sale that my friends were having. I went there and bought a picture of Pee Wee Herman that was dated 1990. It only cost me $25. When I got home and was carrying it inside, my neighbor, Creepy Carl, saw it and offered me $50 for it! So I made another $25 in profit on that. After Carl bought the picture, I found a quarter on the ground. Then I called my boyfriend and I told him all about Zelda and all the money I made and he told me I needed to get out of my apartment and away from Carl and buy a house. He loaned me $25,000 to do that. He can’t live there with me because he’s still married, but he thinks it will be nicer to visit me in a house he sort of partially owns. That’s why there was a $25150.25 deposit made on February 1. But I paid Zelda $300 for her excellent advice and she only accepts cash. That’s the withdrawal you see right after the large deposit. Please call me if you have any questions.

If ever you are asked for a Letter of Explanation to obtain financing of any kind, please follow these steps: 1) Have someone with a command of the King’s English review it in advance; b) be sure your loan officer reviews it carefully before it is submitted; c) speak with Zelda first to increase your cash flow. But in the words of Eddie Snipes, “Only a mediocre writer is always at his best.”